"THE TRIAL OF CHRISTINE KEELER" BY KESHET INTERNATIONAL

The Trial of Christine Keeler takes us behind the headlines to tell a human story about the sexual and cultural politics of one of the most revealing and iconic stories of modern times.

At the center of the storm was 19-year-old Christine Keeler (Cookson) – a young woman whom the powerful, male-dominated establishment sought to silence and exploit, but who refused to play by their rules.

Written by BAFTA award-winning novelist and screenwriter Amanda Coe (Apple Tree Yard, Room at the Top, Life in Squares) and directed by Andrea Harkin (Come Home, Clique), this six part drama for BBC One takes a fresh look at one of the most infamous British stories: the chain of events in the 1960s that came to be known as the Profumo affair.

Keren Shahar will share insights of the "The Trial of Christine Keeler" in a Q&A session moderated by Sanja Božić-Ljubičić. 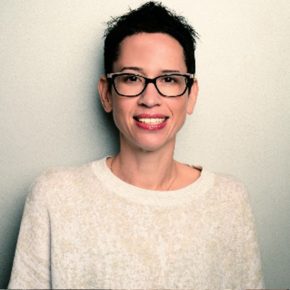