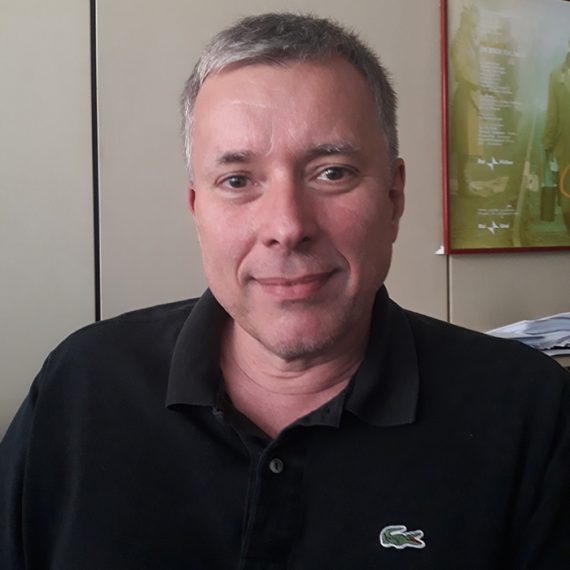 Former travel-guide, copywriter and lawyer, I started my career in television as an editor of tv-movies and series.
The turn in life happened in 1994, when I developed together with the Australian writer Wayne Doyle the first italian soap (‘Un posto al sole’), which started in october 1996 and is still on air. I worked 12 years as co-headwriter and producer and in the meanwhile I dealt with a prime-time cop-series (‘La squadra’) that lasted 8 seasons (221 episodes of 100’ each), another soap (‘Cuori rubati’) and a couple of tv-movies.
In 2008 I became headwriter of the soap ‘Agrodolce’.

Soon after Rai offered me an employment as an executive in the fiction department.
In this position I deal with the editorial and productive process of various projects (tv-movies, mini-series, long running series), keeping a strong focus on the narrative development.

The most recent series I’ve worked on are ‘La porta rossa’ (‘The red door’), a paranormal thriller in which the protagonist has to find out who killed him, ‘Di padre in figlia’ (‘From father to daughter’), an intense family saga that takes place in Italy and Brazil, the second season of ‘Non uccidere’ (‘Close murders’), the first Italian ‘Nordic-noir’ and ‘Il cacciatore’ (‘The hunter’), that won the price for the best actor at the recent Canneseries.
Now I’m in charge of international coproductions and in this position I worked on the series ‘The name of the rose’ as on ‘Survivors’, a series that is co-developed by Zdf and FranceTv.